End of 2016 / beginning of 2017 still an ambitious digitalization project – in the meantime, the electronic air cargo documents “eAWB” and “eManifest” have become an integral part of modern air cargo logistics

But especially the Swiss K&S Informatik, which has been committed to the “efreight” project of the IG Air Cargo from the beginning, does not simply offer a software for the “eAWB” and the “eManifest” issue. The loggPRO®.efreight is rather a subsystem for connecting to the worldwide digital air freight logistics. Not least thanks to the evolutionary transObjects® technology, we can now review the 4 years in which we have helped to design and develop the eFreight System.

see “eAWB-Performance” of the IATA from July 2020. 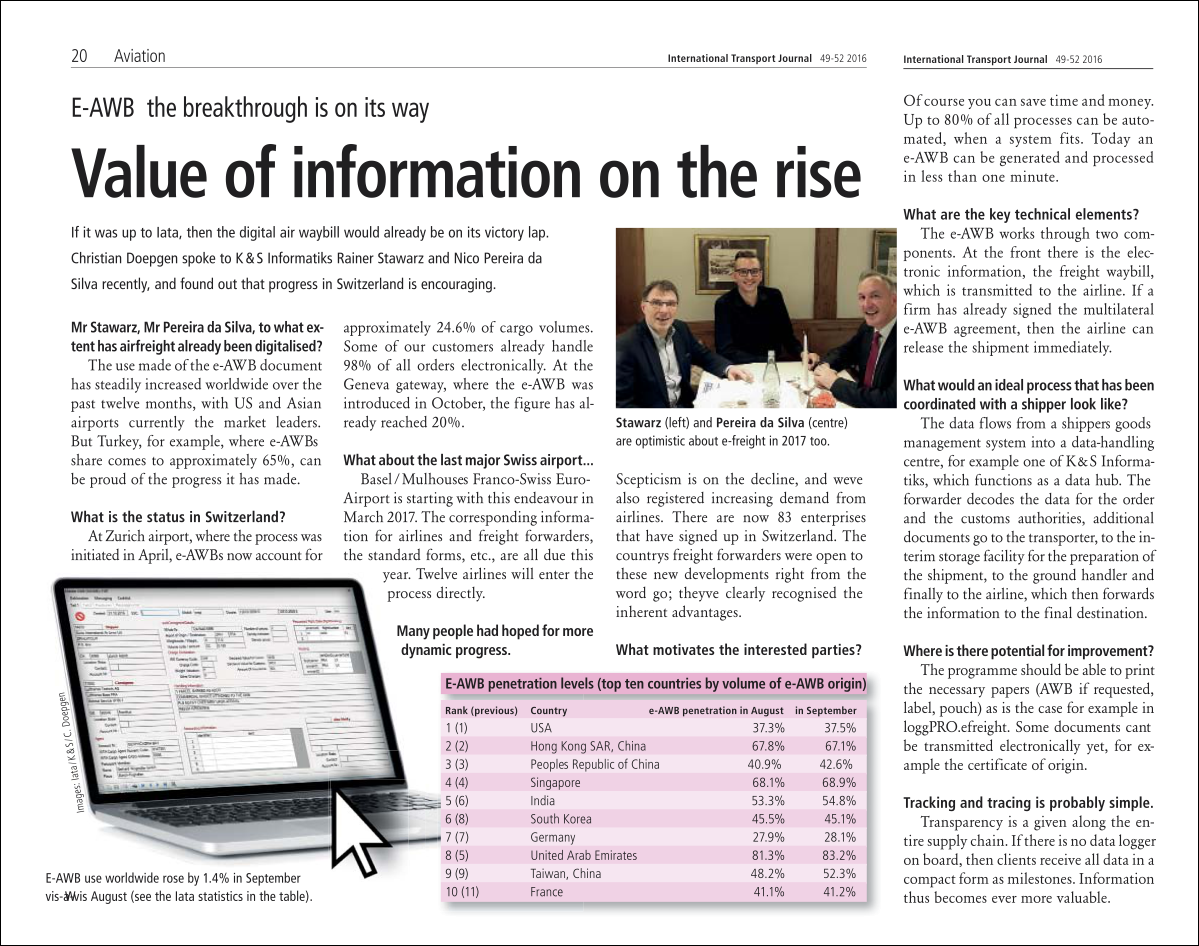